Grey’s entire life is wrapped around his job as a firefighter. It’s all he has ever wanted. That is until his new coworker Mica Cruz saunters through the door with his smoldering dark looks and dimpled grin. Suddenly Grey finds himself wanting to get to know what Mica looks like out of his gear and between the sheets.

Mica has one rule: he keeps his work life and his personal life separate. It’s easy enough to follow until he meets Grey and finds his rule can’t stand up to the fire that Grey ignites. There’s one big thing standing in the way of all of his lust-filled musings. Grey is straight.

In a profession where being gay is often kept quiet Grey must come to terms with his growing attraction to Mica. How much is he willing to sacrifice, and can they come together before someone’s hatred threatens to destroy them both?

When Greyson Hayes envisions the perfect first Christmas with Mica Cruz he sees twisted sheets, a bottle of wine and a roaring fire. What he doesn’t see is a holiday spent with the uproarious Cruz family. Grey hasn’t taken part in a family Christmas since the death of his parents. Despite his misgivings, he can’t seem to form the word no when it comes to Mica.

Mica knows that Grey’s not a grinch. Hell, the man shares so much Christmas cheer during the holidays that he leaves no time to experience any for himself. Not this year. Mica plans to make a few changes, starting with a few wicked and whimsical gifts. He enlists the help of his co-workers at Firehouse Six. They band together and strive to provide Grey with the same joy he gives to everyone else–with five a.m. tree hunts, strategically placed mistletoe and Mica playing Santa’s not-so-little helper.

But while Mica is busy being nice, Grey has plenty of time to be naughty…

Michael prides himself on being the man that everyone can depend on until one of his firefighters is severely wounded on the job. Will he be allowed to process the situation alone? Not when a loud and persistent Simon Winters shows up on his doorstep. The man hasn’t met a boundary he didn’t skip across.

Simon has had the biggest crush on Lieutenant Firefighter, Michael Donovan since the first day he saw him. Which just happened to be at an interview for a job to work as a firefighter. Before his desire to lick the gruff older man from head to toe affects his work, Simon transfers over to being a paramedic. Just when he’s begun to build a life that doesn’t include hot shower fantasies of Michael, the object of his angst is thrust into his path.

All too quickly, Simon begins to barrel through Michael’s defenses and dig up the desires Michael has fought so hard to hide. As passions flare out of control, tragedies collide from every side. Michael’s struggle to keep Simon at a distance starts to crumble beneath the weight of the secrets that Simon is hiding. Will Michael be able to protect Simon when he needs it the most or will he lose Simon forever?

Taber Delane is lucky to be alive, but his career as a firefighter ended the day a beam snapped, resulting in a crushing spinal injury. Most of his friends are willing to give him space, everyone except paramedic, Deacon Hall.

Deacon hasn’t met a challenge he couldn’t tackle and he knows Taber needs someone in his corner who isn’t afraid to stand up to the big bad fireman. The longer he’s around Taber, the more the sexy vulnerability of the man comes through. Deacon finds he doesn’t just want to be Taber’s live-in caregiver, he wants a chance at the passionate man beneath the stubborn shell.

A shell that is cracking, no matter how Taber tries to hold it together. Deacon being in his home starts to open him up—and open his eyes to the man Deacon hides from the rest of the world. Without seeing it coming, Taber soon craves more. A lot more.

Now if only Deacon can get Taber to see that it isn’t so bad having him there to assist. Even if and maybe especially when Taber is naked, dripping wet, and angry as hell.

Aaron Evans embodies every complication Wren Tucker knows he doesn’t need. The tempting go-go dancer refuses to leave him alone and his attempts to get into Wren’s bunker pants don’t stop at the club, even the walls of the Firehouse aren’t safe. Wren’s control is only so strong, and his desire for Aaron is turning into a clawing need that’s digging through the many reasons keeping Aaron at bay.

Aaron is two cold showers away from hypothermia if the hot fireman of his dreams won’t give in to the lust Aaron sees blazing in Wren’s eyes. The only issue is, Wren is a forever man, and Aaron doesn’t have that in him to give, not with so many secrets locked behind the glitter and gold of his beautiful world.

As Wren begins to cave to Aaron’s delicious demands, he gets a deeper view of the tarnished landscape Aaron exists in. A murky pit of drug addiction that’s slowly dragging Aaron under, and Wren is going to have to fight like hell to save Aaron from it, to even have a chance at a new beginning with the man who brought him out of the shadows. 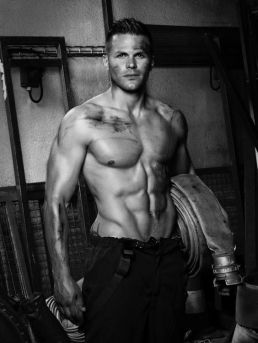 The jarring sound of his cell phone ringing tore into Gavin’s peaceful sleep and he squinted one eye open to stare at the bright green numbers next to his bed that reatd, two-twenty-five am. Nothing good ever happened after two o’clock in the morning. Groaning he flipped over onto his back, reaching blindly for his phone with one hand, while trying to scrub the sleep from his eyes with the other.

Yawning, he answered the blaring contraption in the middle of yawn, “’ello?”

“Can you come get me?” The voice on the other end of the line was soft, defeated.

He pulled the phone away from his ear and glanced at it, he didn’t recognize the number. “Who is this?”

Gavin blinked a couple of times, opening his eyes wider, shuffling to a seated position against his headboard. Cole Winters. A twenty-one year old bane of his existence.

“What happened to your car?” Gavin threw his legs over the side of his bed, setting his phone back on his nightstand on speaker.

“And money for a cab?” Gavin snagged a shirt off the floor, sniffed it, and then pulled it on. He really needed to do laundry.

“I lost my wallet,” the sentence came out in a low murmur that Gavin barely picked up.

Gavin shook his head and jerked on his jeans before sitting down to put on his shoes with a resigned sigh. “And I was the first person you called?”

Gavin shrugged into his jacket then grabbed his wallet and keys. “Why not your brother or Aaron?”

“I was asleep,” Gavin snapped. Picking up the phone, he took it off speaker and stalked out of the room. “You know, like a normal person on a Thursday night after two am.”

“Please, Gavin,” Cole’s voice held a desperate quality that called out to the knight in shining armor that lived inside Gavin.

One of these days Gavin was going to find that little metal clad bastard and strangle him, because he needed to sleep and Cole was taking advantage of his weakness. There was a time for saving people and a time for letting them learn a lesson, by freezing their ass off in the chilly Northwest fall weather. Now should be a time for teaching. Stupid savior complex.

“You already owe me enough to buy your soul.” Gavin strode through his home and opened the door to the brisk night air. “Stop your groveling. I’m on my way. Just give me an address.”

A squeal met his answer. “You are the most awesome man I’ve never slept with.”

“I’m at the gas station a block from Scandal.”

“Of course you are.” Gavin unlocked his black Rav 4 and climbed in. “Isn’t it a school night?”

“No. Do you want a list of my classes…Dad?” Cole replied, sarcasm practically dripped off the last word.

“Hardy, har, har.” The engine roared to life and he backed out onto the street, making his way to save the ungrateful little twit. “I don’t want that responsibility. I’ll be there in five minutes, watch for me.”

Cole hung up before Gavin could get in a response. Clutching the steering wheel he counted to ten and took a deep breath. Why he let Cole get to him, he had no idea and why he continued to help him baffled him more still.

The pale yellow lights of the gas station came into view and he pulled in glancing around but no waif of an evil sleep-stealing demon ran amok in the parking lot. Instead a lump shaped Cole pushed away from the brick wall and stepped through the curtain of shadows into the light. Cole’s normally perfectly styled spiked locks were flattened and slicked back with the misting rain. His pale skin appeared even more like ivory with the sheen of water and droplets slipping from his hair along his temples. All in all, he was soaked. A grin curved Cole’s lips as he gave a little wave, seemingly undeterred by the icy shower he was in.

The man was crazy. He had to be freezing. Gavin could make out the black fabric that clung like a wet second skin, and the jeans were equally drenched. Gavin wondered if the black leather boots were filled with reservoir of water. Wow. If this was what clubbing looked like, he was happy he’d missed out.

Running a hand over his face he fought a smile, he couldn’t help the end thought that swept in. Cole did manage to look adorable, in a drowned puppy kind of way. 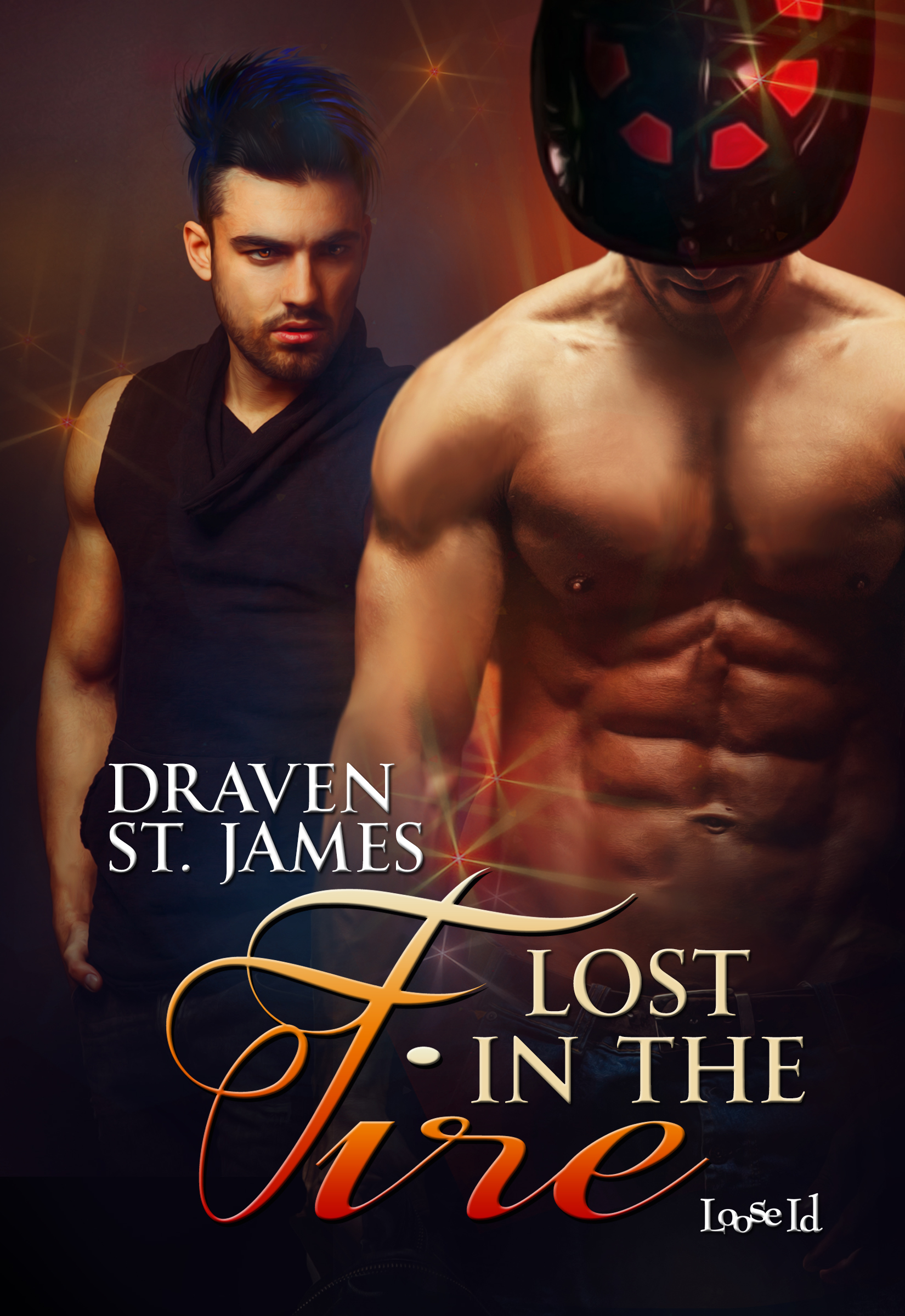 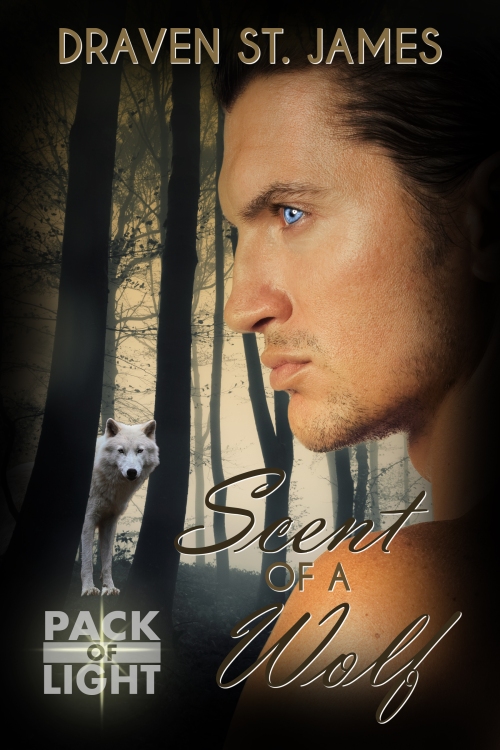 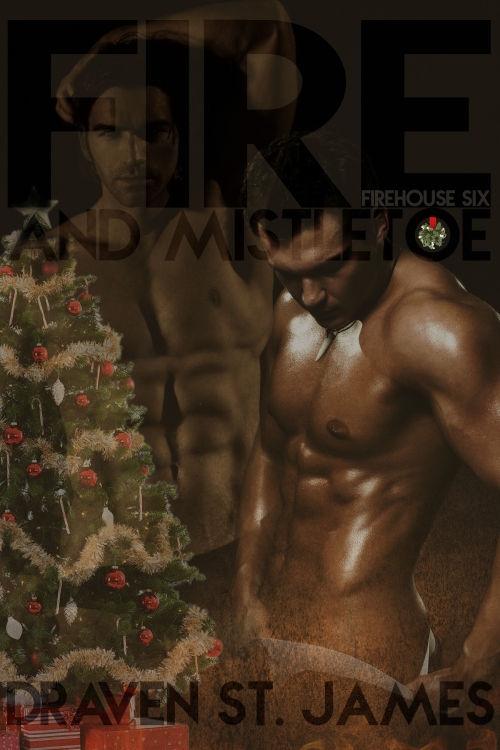